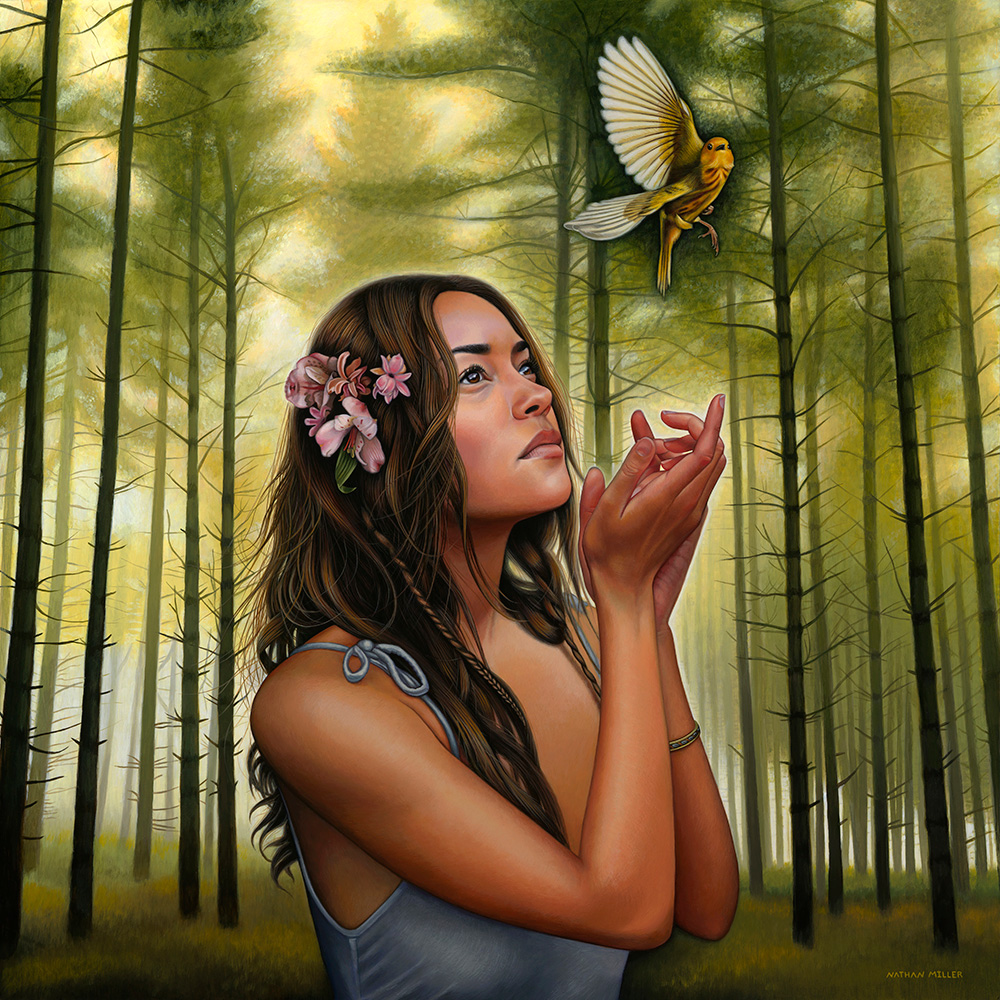 Free Spirit depicts a beautiful young woman releasing a bird into the wild. I wanted to capture the feeling of being immersed in nature. I wanted to depict a bird being released, to fly free, because birds were given the gift of flight and were not intended to be confined to cages. There is a lot one can interpret from this very act. Whether it’s a statement that wildlife should be free or, perhaps, it’s about us releasing ourselves from our own cages. And yet, a cage could be symbolic of so many different things. Ultimately, though, birds were intended to fly, and so were we.