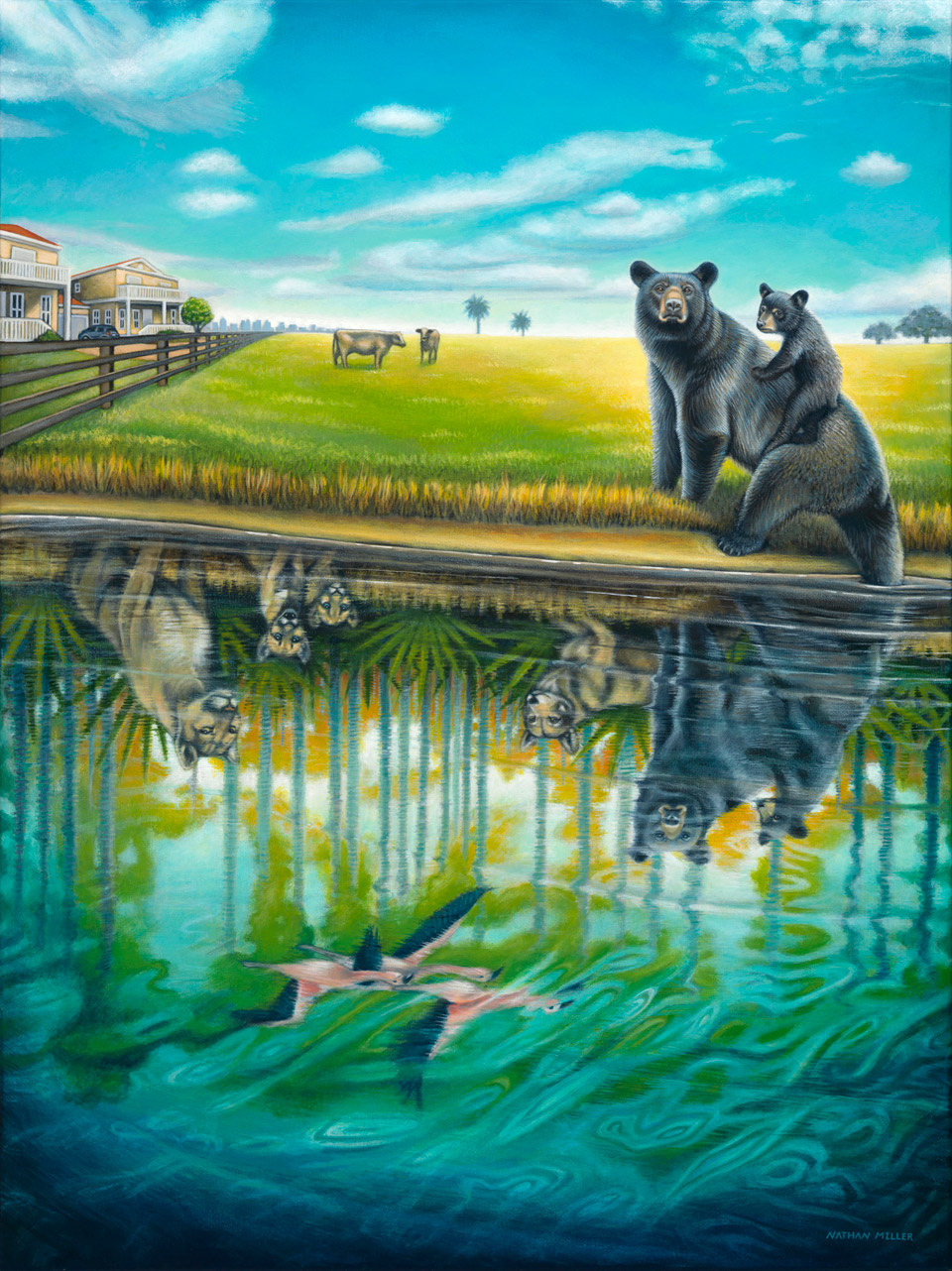 This piece is one that means a lot to me as an environmentalist. I am from Florida, a lush and beautiful state, but one that is constantly bombarded with deforestation. The natural habitat and wildlife need to be protected, but instead, officials are hunting species like the Florida Black Bear, a gentle giant whose home is in peril. Rather than proposing hunts we should be actively involved in preserving what’s left before it’s gone, while educating people how to coexist with bears.

This painting depicts the clearing of natural habitat, with a reflection of what once was, specifically species like the Florida Panther, Red Wolf and Flamingo, which, at one time made this their home. Today, the Red Wolf is near extiction, with only a small number left in North Carolina. The Florida Panther numbers less than 200 and the Flamingo is rarely seen. If we don’t protect what’s left, the Florida Black Bear, among the most intelligent land animals in the world, along with many other species, will be threatened with extinction.