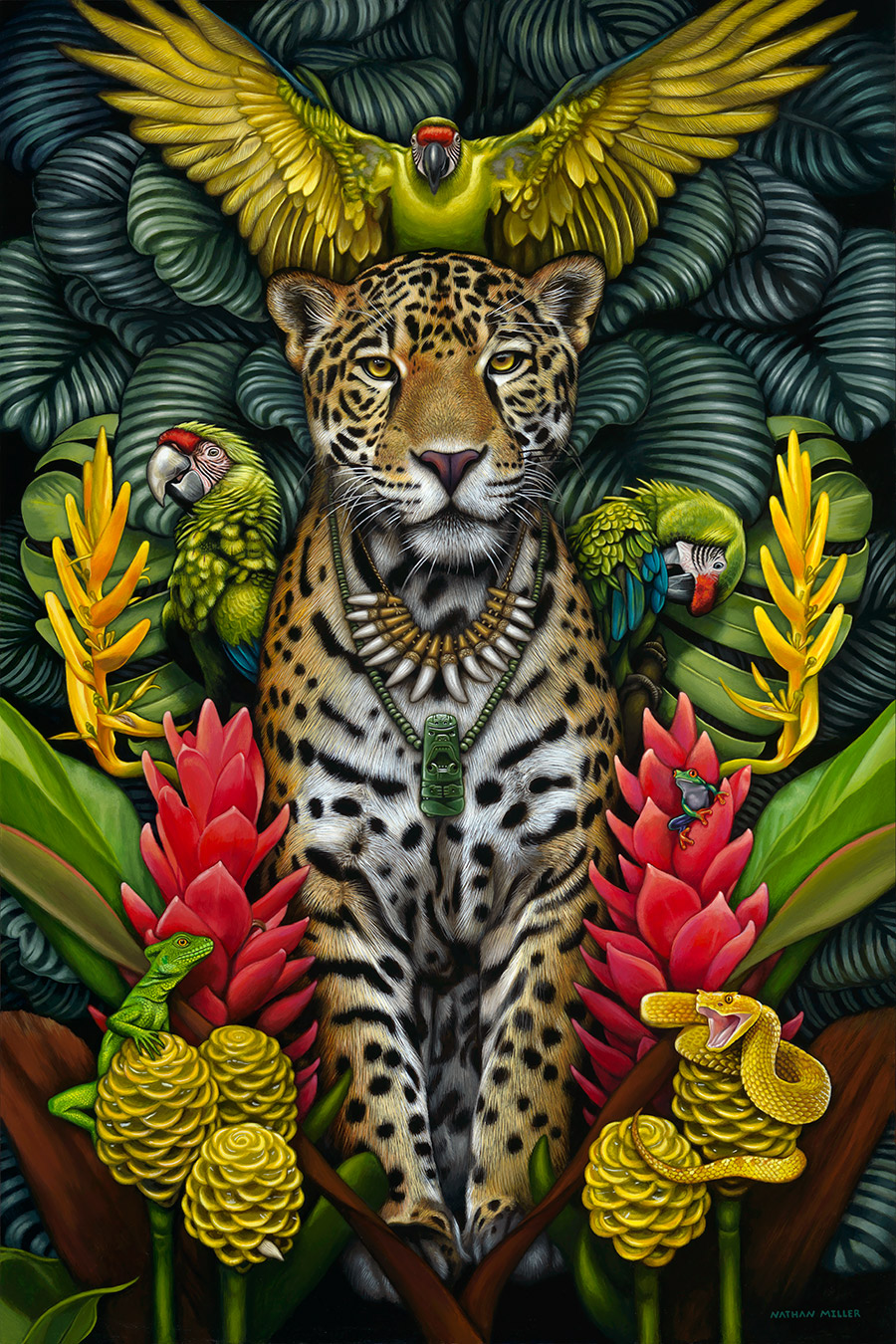 The Jaguar is venerated throughout Latin American traditions, particularly in pre-Columbian myths and legends. This piece depicts the myth of the Jaguar Shaman, who had the ability to change into the form of a jaguar. He wears a pre-Columbian jade were-jaguar pendant from Costa Rica. The were-jaguar (half man, half jaguar) is one of the iconic motifs of pre-Columbian civilizations.

I painted this piece hoping to capture the alluring majesty of Costa Rica’s abundant natural beauty while also paying homage to the rich traditions of its original inhabitants.

Posted on: January 22, 2021May 10, 2021
Posted in: Animal Paintings
Author: Nathan Miller
Leave a comment on Legend of the Jaguar Shaman (Sold)